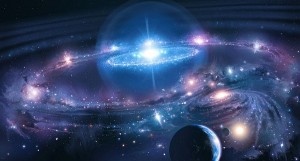 Disclosure: The Pleiadians are here.

You have found this site because you are interested in what and why the Pleiadian star people and others like them have to offer.

Lately, in the media there have been public announcements from several countries that we are definitely not alone. Conclusion: for the US public disclosure is imminent.

Even though, for over seventy years, certain United States government officials have participated in communications with benevolent alien nations and received valuable data to advance our technologies with the intention to benefit our world, the government has chosen to remain silent for fear the information would leak out into the wrong hands (other countries). We have been left to draw our own conclusions to what these beings want from us.

During this same period of time the aliens have been establishing connections with people of all races, social classes, and educational standing in effort to educate the masses that there are benevolent beings here to assist in our evolution.

Sightings by civilians of UFO crafts and of the beings themselves are becoming more prevalent. Beings are establishing higher dimensional “bases” in the airspace and on/in the Earth as well. These locations and communications have been kept secret until disclosure of those sites and activities have been sanctioned by those of higher authority.

The Pleiadians are not the only race in our Galaxy that have revealed their presence.

This website is for those who have an affinity to the Pleiadians or other Beings of Light.